He had opened his Great Restaurant twice, in 2010 and 2011, as part of an entertainment broadcast on France 2. Pierre Palmade “reopens it after work” in the form of a fiction offered by M6. Exit the brewery. The artist has chosen to shoot his film at the Froufrou, the restaurant at the Théâtre Édouard-VII, in Paris, a chic establishment with rococo decor, more solemn and therefore more appropriate to important moments in life, to his big announcements that make the subject of a series of sketches. They are interpreted by a cast of stars just as prestigious as that of his comrade Muriel Robin a few weeks ago in I Love you coiffure , on TF1. As a common thread, Pierre Palmade in the role of the host busy satisfying his customers, while ensuring that his mother (Marthe Villalonga), his competitor (Florence Foresti) and her cook husband (Jean Leduc) do not transform the evening in disaster. 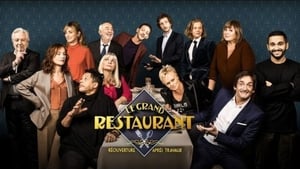 293 comments
Sign In, to be able to add comments.